A national holiday that I am picking that is celebrated in the United States and many more places is Lent. Lent starts on ash Wednesday which falls on February 14.  The reason for lent is so that we can experience what our lord Jesus Christ had did to himself in a dessert for 40 days so that he could prepare himself for his crucifixion for example he did not eat any food or had drank any water for 40 days and he meditated. We celebrate Lent because it’s the 40 day’s Jesus had prepared himself to be crucified on the cross. We can celebrate Lent by going to church, fasting, and giving something up for 44 days that will benefit you in some type of way. This is specifically affiliated with Hispanics, Christians, and roman Catholics or anyone that would like to experience this event. I celebrate this holiday because my mom usually forces me to do this . I think this holiday should be celebrated because you are allowed to experience what God did to himself and to do in the dessert for 40 days before his death. but you should experience this if  you want to make the decision not because someone tells you to or forces you to do it or if you would just like to experience what God did before his death then this something good to experience. 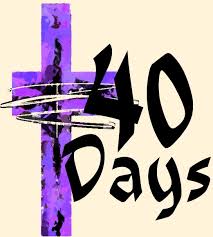 To put this video in a clear term this video has nothing to do with black history or anything to do with black history month. However the artist ” Travis Scott ” does have something to do with Black History Month. The only reason I choose this video is because I love how Travis produced the video and his vision in the video was great as well and this is one of my favorite songs from him. Why this artist has anything to do with Black History Month is because  he is African American. Young Travis was born in Houston,Texas he had lived in a middle class suburban area. Even though he had lived in a nice neighborhood he lived with his grandmother but he didn’t live with his dad until he moved in with him later on into the suburbs. From the years 2015 to 2017 he has so far 3 albums and he is currently working on his next album that is set to release sometime this year in 2018. Travis is a very good artist and he has worked with many other artist’s and has been featured on many songs and he has been on many shows like ” Wild n out”, ” Jimmy Kimmel live ” and ” Ridiculousness “. This little summary or what ever this is called probably sounds like it has nothing to do with Black History Month.

1.) the purpose is to promote the brand

2.)  there was only one stance to this commercial the viewpoint was to show that tide is a good cleaner for clothes

3.) it was effective because they used a main character from a show to promote the brand

1.) the purpose is to show a new coke flavor

2.) there was only one stance and the viewpoint was to show a new flavor of soda

3.) the content wasn’t that effective but it got my attention on the new soda flavor

1.) to show a new vehicle and to show that everyone is united.

2.) this commercial showed 2 perspectives 1 was how anybody can come together and enjoy something and the other viewpoint was to show a new truck

3.) the content was very effective because they showed the connection between other very well and they also showed the new vehicle off very well

My proposed solution is to find a way to remove all weapons from the public so that no one has has a weapon so they cant kill or hurt anyone, Also to find a way to stop importing of illegal weapons. I think this is the best solution because its the most safest solution that could stop all the killing and even though the people wont like the idea it’s still making the world safer.

The pros to my solution are there will be fewer deaths, the world is also gonna be a little bit safer now since there wont be people with guns to kill you.

Some cons that my solution has are there probably could be riots because we would take everybody’s gun, there also could be a fight between congress about the new law.

2 questions that I have is why doesn’t the government try to improve the gun laws?

Another question I have is why doesn’t the government try to stop the importation of illegal weapons?

In the article that I was reading it talked about how the U.S should build A wall along the southern border. One side talked about why we should build the wall and how it’s a positive in the world and the other side talks about how we shouldn’t build a wall and how it will impact our society. In my opinion on building A wall I feel that, That idea won’t work because it’s showing up on the new’s that people are still coming to the U.S illegally by climbing the wall and jumping the wall and people will find a way to get over here. So I do think in A way the wall is a good thing because most immigrants probably wont make the jump and the wall is keeping immigrants out of the U.S but why would the U.S want to stop people to our country and better themselves because that’s stopping people from trying to have a better life and that’s a negative i’m going to talk about in my next paragraph. I think we shouldn’t build a wall because thy’re are people who want better lives for them selves and their families but sometimes they can’t come to a better country cause they probably don’t have money or an education that’s why I think we should come up with a way for people to come to the U.S and do it a legal way not the illegal way. people should be allowed to come to country either way because america was built off of immigrants and immigrants should be allowed to stay in the U.S.

Welcome to your brand new blog at Edublogs!

To get started, simply visit your blog’s dashboard, edit or delete this post and check out all the other options available to you.

We can walk you through step-by-step in our guide to getting started with your blog.